UPDATE: Since this blog was posted, AC/DC have released a 30-second teaser clip!

AC/DC fans have been waiting a looooong time for this.  Now, it looks like new music from the band might be on the way! The guys posted a teaser to their social media networks this week: 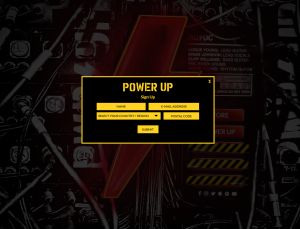 This would  be the first new music from AC/DC since their Rock or Bust album in 2014.

The posts confirm that frontman Brian Johnson is returning to the band, along with drummer Phil Rudd and bassist Cliff Williams. The image also features Angus Young and his nephew Stevie Young, who took over for the late Malcolm Young in 2015.

The band is not without controversy, however, and some are surprised at the full reunion.

Johnson left the group near the end of the Rock or Bust Tour in 2016 due to hearing problems, and Axl Rose took his place for the remaining shows. Rudd left before the tour even started, but he did play on the Rock or Bust Album – he was actually arrested in his native New Zealand where he was charged with “attempting to procure a murder” and possession of methamphetamine. Some of the charges were eventually dropped and he was sentenced to eight months of home detention.

Rumours of a new album have been swirling for months, particularly after the guys were photographed outside of a Vancouver recording studio in 2019.